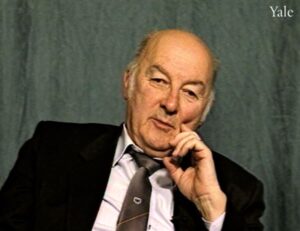 Andre Charon was born in Liège, Belgium in 1921. He recalls his parents were both teachers; his academic success; housing German refugees, from whom he learned the personal results of antisemitic policies; entering medical school in 1938; conscription with all other medical students; retreating with the Belgian military to Le Mans, Nantes, and Les Sables-d'Olonne; capture by the Germans; release; returning to Liège; resuming medical school in September 1940; joining the Resistance; his engagement; arrest in August 1942; violent interrogations leading to blindness in one eye; a three-year sentence; transfer to several prisons en-route to Wolfenbüttel; slave labor in a factory; transfer to the hospital when the administration learned he was a physician; solidarity among prisoners across national and ethnic groups; liberation by United States troops in April 1945; remaining for a month to care for the sick; returning to Liège; marriage to his fiancée; and practicing pediatrics. Dr. C. discusses the dilemma of his privileged camp position, not wanting to be perceived as collaborating; painful decisions about allocation of scarce medicine and treatment; nightmares resulting from his experiences; and not sharing his story until ten years ago, when he began speaking in schools.