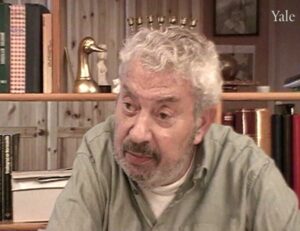 Maurice Edelsztein was born in Warsaw, Poland in 1925, the youngest of three children. He recounts his family's 1929 move to Antwerp, then Brussels, to escape from the orthodox community; their assimilated life style; attending school until age fourteen; participating in socialist groups; his family housing a German-Jewish refugee; German invasion in May 1940; he and his brother fleeing to Paris to join the military; his rejection though his brother was accepted; living in a facility for Belgians in Montpellier; working at a vineyard; incarceration at Agde; escaping with a group; recapture; a beating; escaping again; returning to Brussels; refusing to register as a Jew; joining the Resistance; distributing pamphlets and painting swastikas on homes of collaborators; narrowly escaping arrest; obtaining false papers for his parents; their escape to France; joining the armed Resistance; blowing up rail lines and assassinating collaborators; hiding under false papers; arrest as a Resistant in February 1944; incarceration at Avenue Louise; interrogation and beatings for several weeks; and deportation to Malines, then Auschwitz/Birkenau in April.