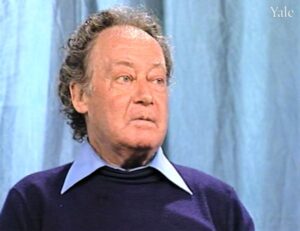 Jacques Rozenberg was born in 1922. He recounts his family's move to La Louviere, Belgium, then Brussels and Anderlecht; beatings at school because he was Jewish; violin lessons; participation in leftist organizations; German invasion; fleeing to France; returning to Belgium; involvement in the Resistance; the Bund placing him in hiding with non-Jews in Villers-la-Ville, using false papers; running away from his hiding place; joining his mother in Uccle; arrest with his uncle and cousin; interrogations; transfer to Malines; deportation to Auschwitz/Birkenau; quarantine; slave labor in Jaworzno; building a camp there; obtaining extra food and avoiding selections by playing violin; a public hanging of escapees; the death march to Gross-Rosen; transfer to Hersbruck, Flossenbürg, and Dachau; receiving a Red Cross package; and liberation by United States troops. Mr. R. vividly describes camp life and the breakdown of normal human behavior; incidents of prisoners both helping and harming each other; and horrible nightmares in the first years after liberation.